60K OR after work

The previous Saturday I'd been dropped off by my wife near Caldbeck in the north Lakes. The sea breeze had come in rather unexpectedly and dashed plans for a bit of free flying on Carrock, so a change of plans was called for.

Having the power harness provide another option so having established a take-off field I flew home through the Lakes; observing a good turn-out on Clough Head with both hang gliders and paragliders enjoying some sea-breeze soaring. The trip was pleasant and uneventful, despite the cold at attitude and made me realise how small the Lakes is. Landing behind my house was convenient for a warming cuppa .....my wife arriving a mere 10 minutes later.

The following Friday was a superb day, but with Saturday showing a poor forecast I decided to make use of the late afternoon and evening. A spot of pg-ing was my first thought but the sea breeze was dying so I again switched to the power option.
Using a field near home I set up with a full fuel load with the aim of doing an OR to Kendal Castle and back .... about 60ks. Although initially SW the wind veered more to W and offered a few soaring possibilities on the way.

Climbing out to 1500' I made my way across the estuary to Ellerside the GPS showing 44mph so I felt it should work. Reducing to just above ridge height I went to tick-over and found it lifting ...just.. and providing a few hundred feet of ridge lift, although a little bumpy. I traversed the length of the ridge a few beats for old times sake and to check out the new take-off/landing area I'd sorted back on a cold, snowy January day.
Tiring of Ellerside I turned north towards Gummers How, not an official site but flown occasionally. Again, it worked but the lift was only light and the beats were short. On again, this time towards the Winster Valley and a shuffle along the limestone edges to the south. Lift was better but rough and having to hold close in didn't seem wise nor fun so climbing out front on a little power gave me the height to again go over the back towards the Lyth Valley and Brigsteer.

I know Brigsteer well, and scratching along the ridge north of our usual soaring area towards Cunswick Scar was interesting and familiar. Thermals had been virtually non-existent but a light bit of seducing lift allowed me to make 800' and drift over the back towards Kendal.

As the lift died I brought a small amount of power on to compensate and give me a steady 1-up. It was now 6:15pm and Kendal was bathed in late sun and the air very smooth. A few photos and I turned back; my groundspeed dropping to 22 - 24mph.

I'd eeked out my fuel to this point and had a good following wind ...... the trip back would be a lot slower. Rather than go high, which tends to burn fuel I chose to stay at 1600 - 2000' calculating that it would take about an hour and at my rate of fuel burn should be OK.

Following a direct route I slowly re-crossed the various valleys, ridges and eventually the
top end of Morecambe Bay into Furness. The miles counted down on the GPS (invaluable as my vario had packed up the previous week) and made it back to a surprising fast, into wind landing on my home field.

OK ... not a very challenging flight by free flight standards, but it just shows what can be done at the end of a day now the nights are getting longer. A satisfying end to the working week. 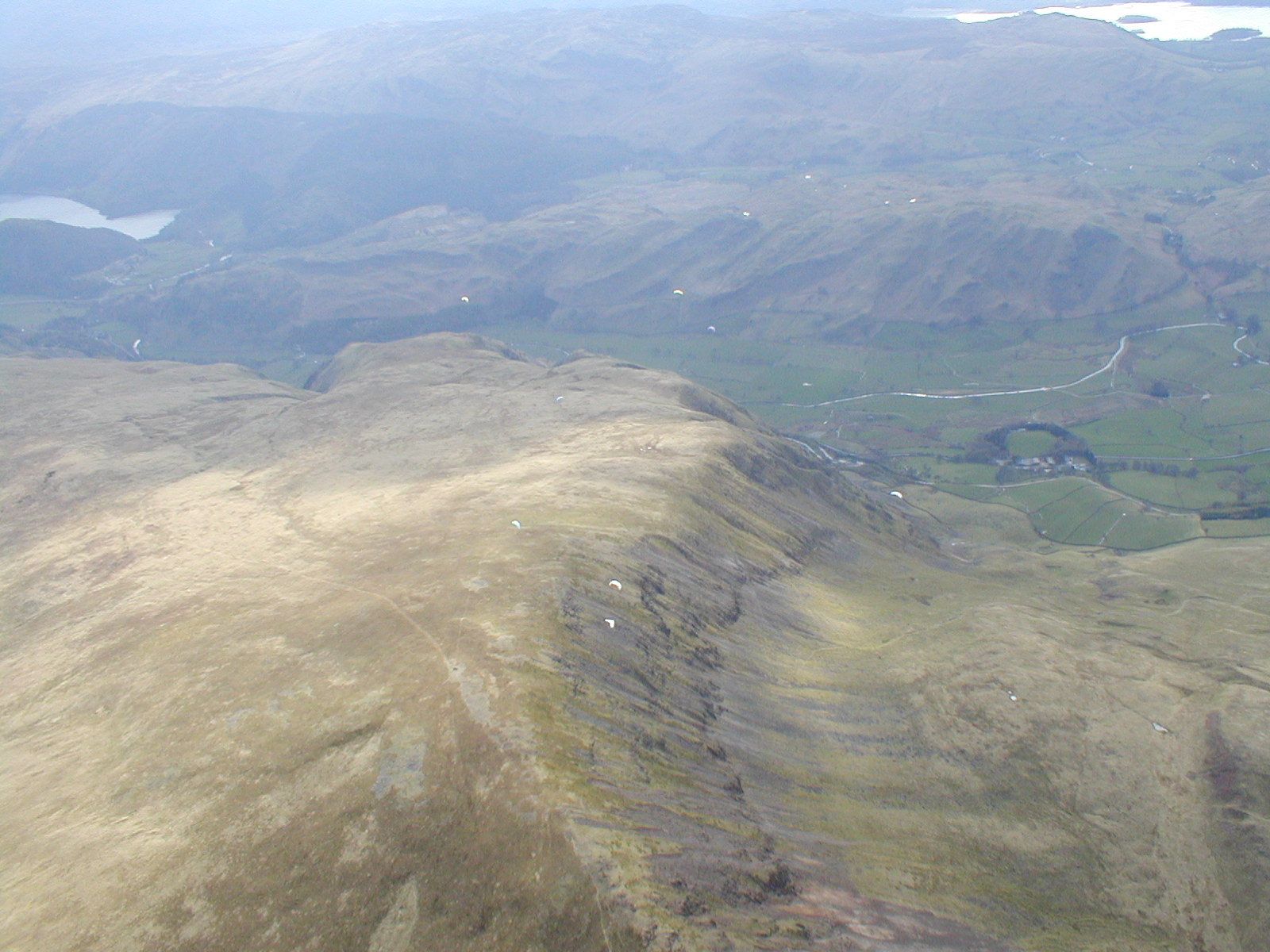 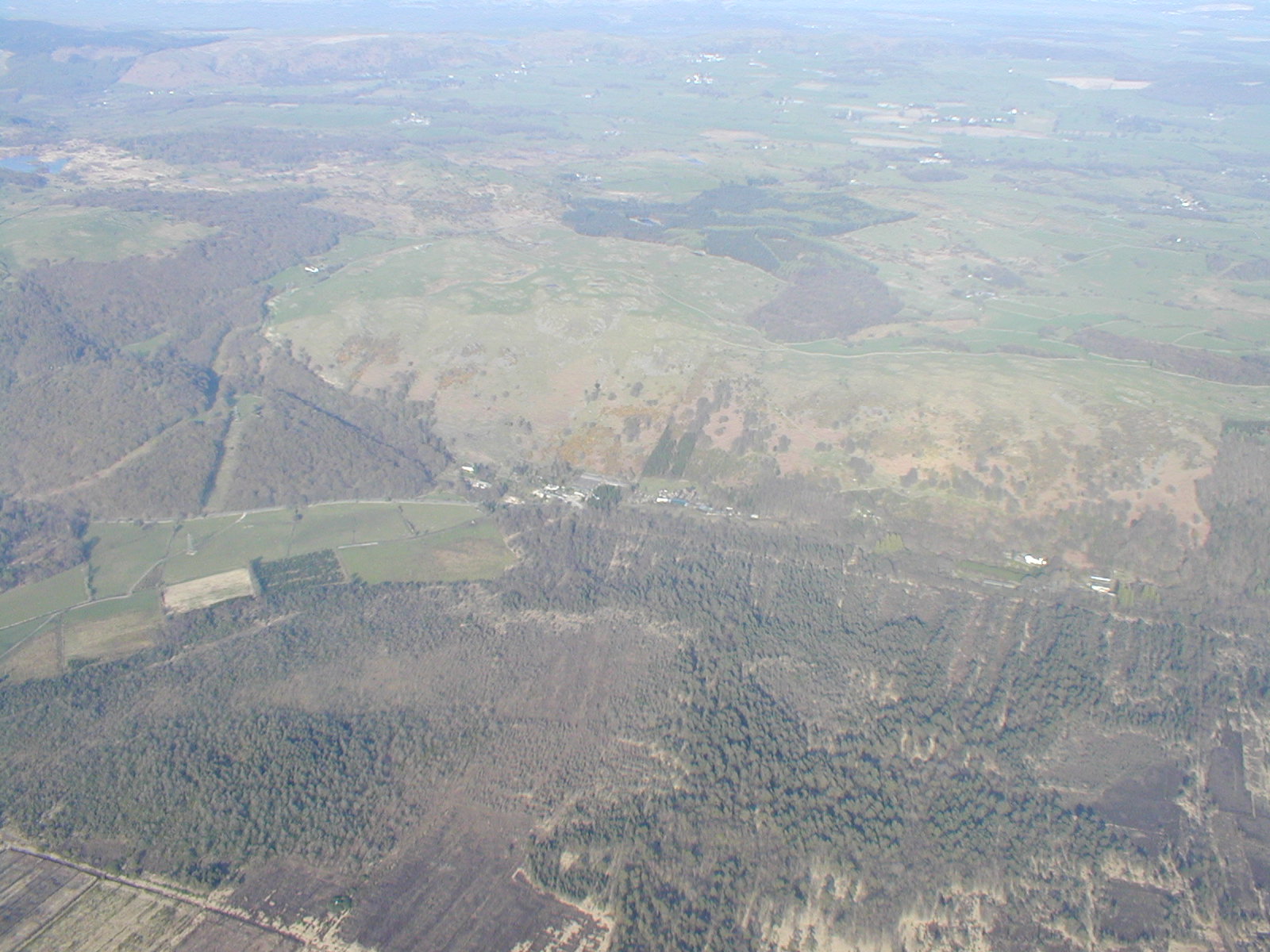 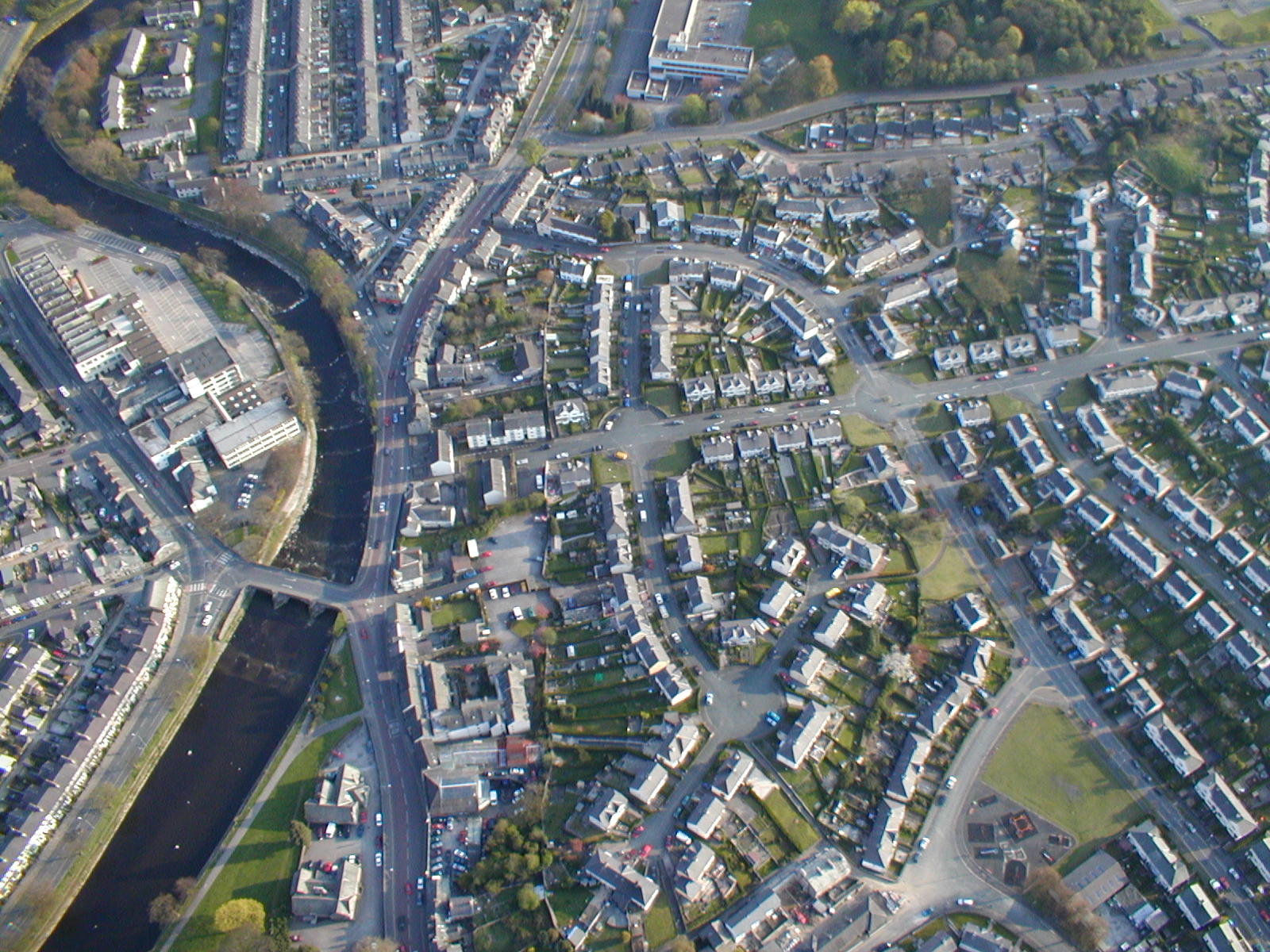