For the first time since it's inception I missed the LCC this year. 10,000 miles and a mission to bring power to the colonies meant that whilst you all enjoyed a weekend climbing Skiddaw I was being enthusiastically ferried up Dog Mountain WA.

Three weeks earlier I'd begun my US trip in Connecticut on the east coast. With two Wasp power hg units being freighted to different parts of the US, maintaining contact with them was proving a headache .... but it worked after a fashion. Not wishing to dismiss Connecticut .... I love trees; but any open spaces became a delight to the eyes.

I visited a number of sites like Morningside and Lookout Mountain; places I'd long heard about. They were scenic, well organised with very informative site info boards and tight LZ's to match. If you didn't watch for the switching winds you got a tree landing for your trouble! I gave a presentation to the local club and a nicer bunch of pilots one couldn't hope to meet. Friendly, big houses, quite well off and each with a pretty wife to match ... somehow the last bit sticks in my mind.

After the first week I flew across to Seattle to be met by Dave Little. Dave is a slightly larger than life character in a country full of them. So bubbling with ideas and enthusiasm he was a 10 year old trapped in a man's body. Within 2 hours of landing I was strapping into Dave's Cessna and embarking on a whistle-stop tour of the area. It was a great way to see the sights, tour the Puget Sound, cross onto the Olympics and generally get an overview of the place.

The only thing of concern was the semi shut door through which a breeze whistled and the crotch radio Dave relied on as the main one was u/s. At one point, as we circle Olympia's capital building "control" seemed to have serious concerns about whether we had terrorist intent!

Over the next weeks I trained a couple of pilots on their power units. Took days out and drove out to Mount Ranier, Mount St Helens and down towards the Oregon border and the Cascades. A rush back up to Redmond had me giving a power presentation to the local pilots ... most of them Microsoft guys ..... young, bright and rich. Everything about the place enthralled me and if any work had come along and I'd not been contract bound to a job in the UK I'm not sure I would have returned.

I was inundated with offers of gliders and trips to various sites that were "must" flys. In the end I took three days out at "Dog". Dog mountain is about 2 hrs south of Seattle and very similar to Annecy, complete with beautiful lake and beach side LZ.

A forest trail is easily driveable to the top and provides access to two TO ramps. The set-up area only accommodates about 10 gliders so as a veritable community was setting up by the lakeside it was essential to rig and get off to free up space. Very reminiscent of 20 years ago in the UK.

Typically a very generous and trusting pilot, Bill insisted on not only loaning me his Moyes glider but rigging it and then dropping every other accessory I'd need at my feet. Itwas a little daunting as all then gathered to watch a Brit test their concrete ramp and the light conditions. Fortunately, things were coming good and soon I was climbing slowly above TO on what was one of the best tuned gliders I've ever flown. Only the struggle to make sense of the harness spoiled the serenity of it all. Over the next hour I enjoyed the novel sensation of free flight again ..... it was a while since I'd been without a throttle pedal so I had to work more than usual. It certainly gave me back an appetite for free flight again.

Just like Annecy, a few hoolies over the lake then a not so tidy landing in the rotor behind the RV park. With the wind constantly blowing off the lake it seemed odd to have parked so many rotor generators just upwind of the LZ. However, it seemed to add to their "whack" entertainment! The party scene took over that evening .......... it was the most idyllic place one could imagine. Flying went on until 9pm the drinking and tale telling until the early hours.

Two days later I flew out ....... but I found a people and a spiritual home that was seriously life changing. I have merely scratched the surface but as Douglas McArthur said, "I shall return". 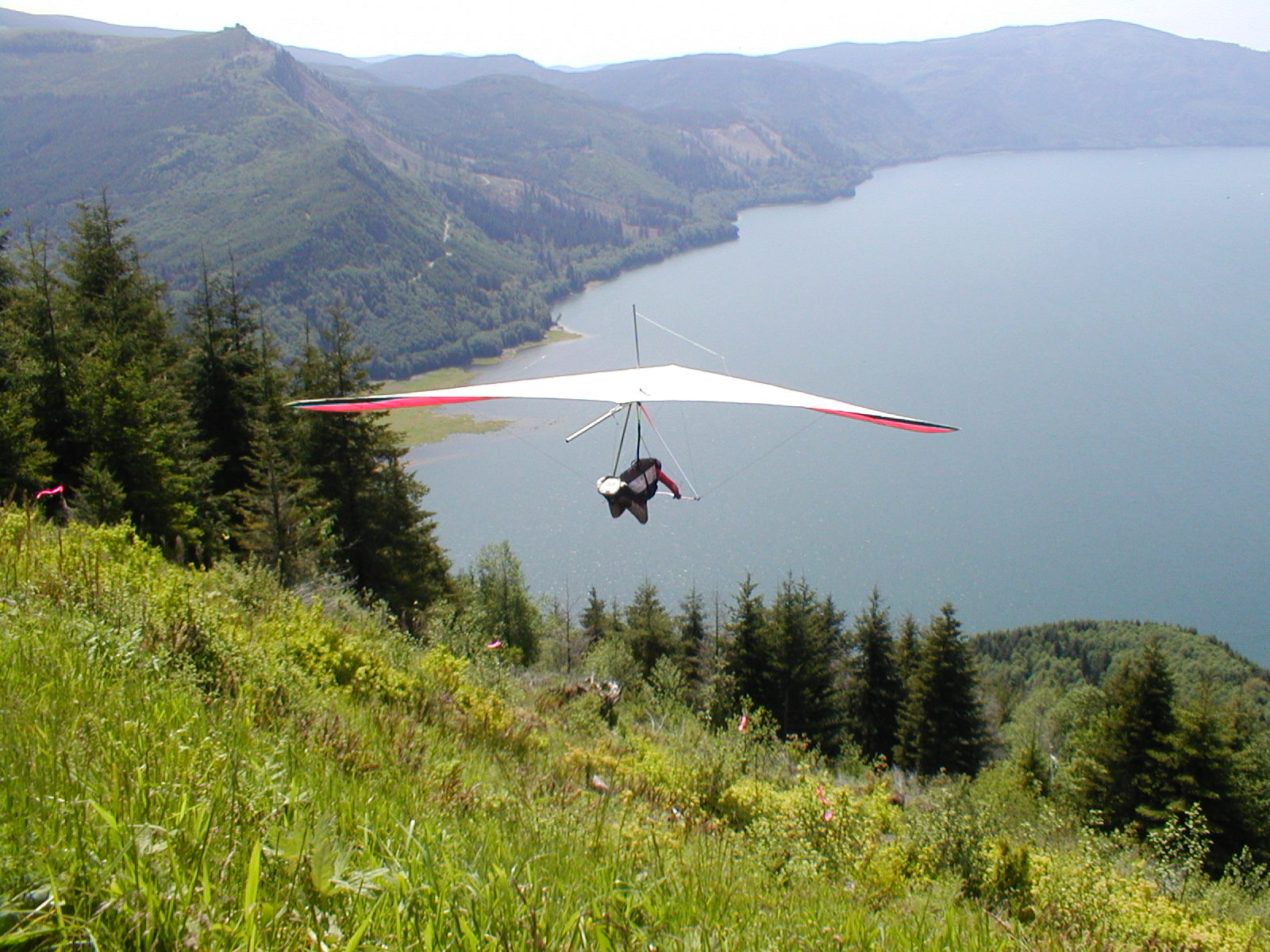 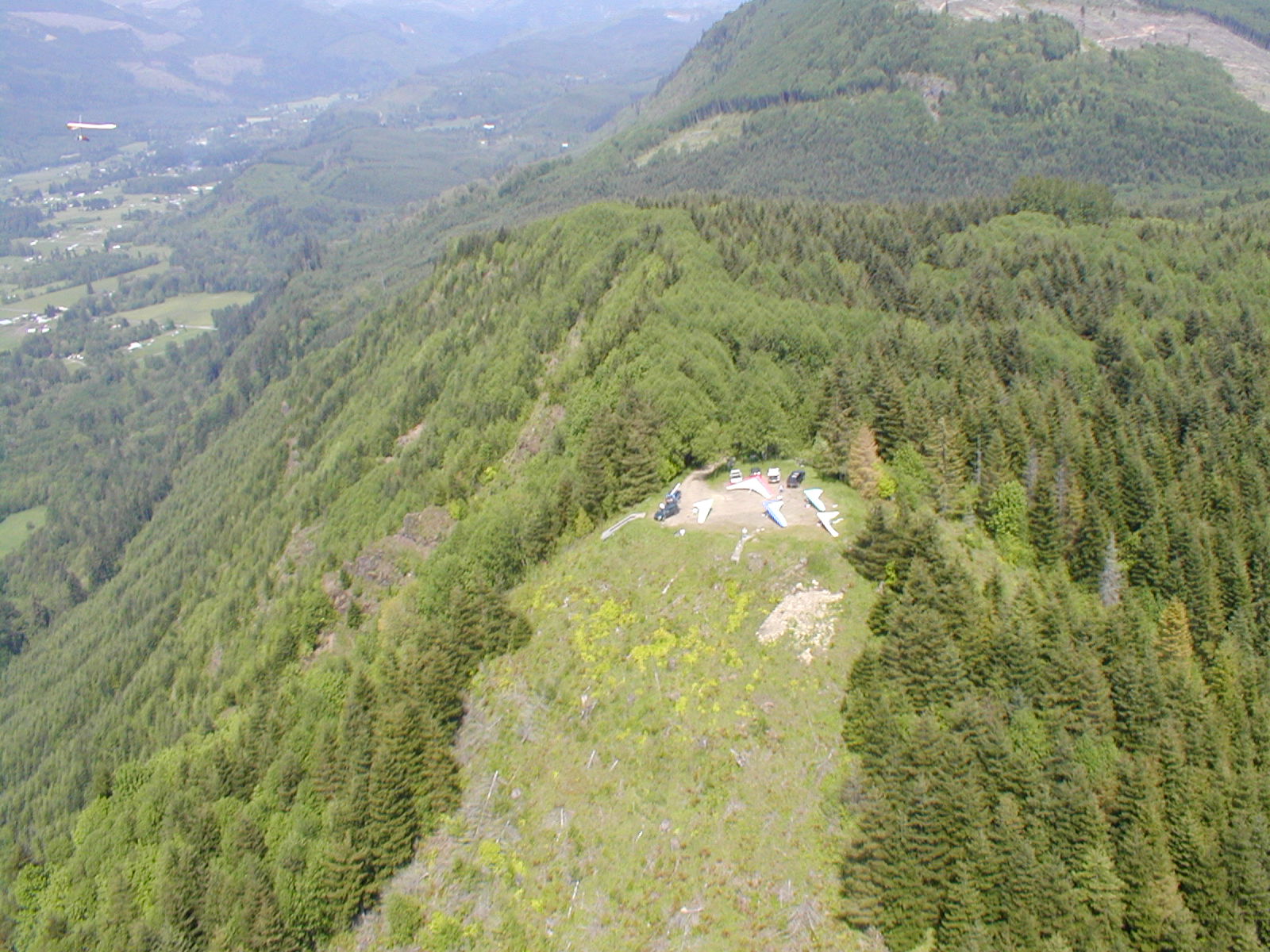 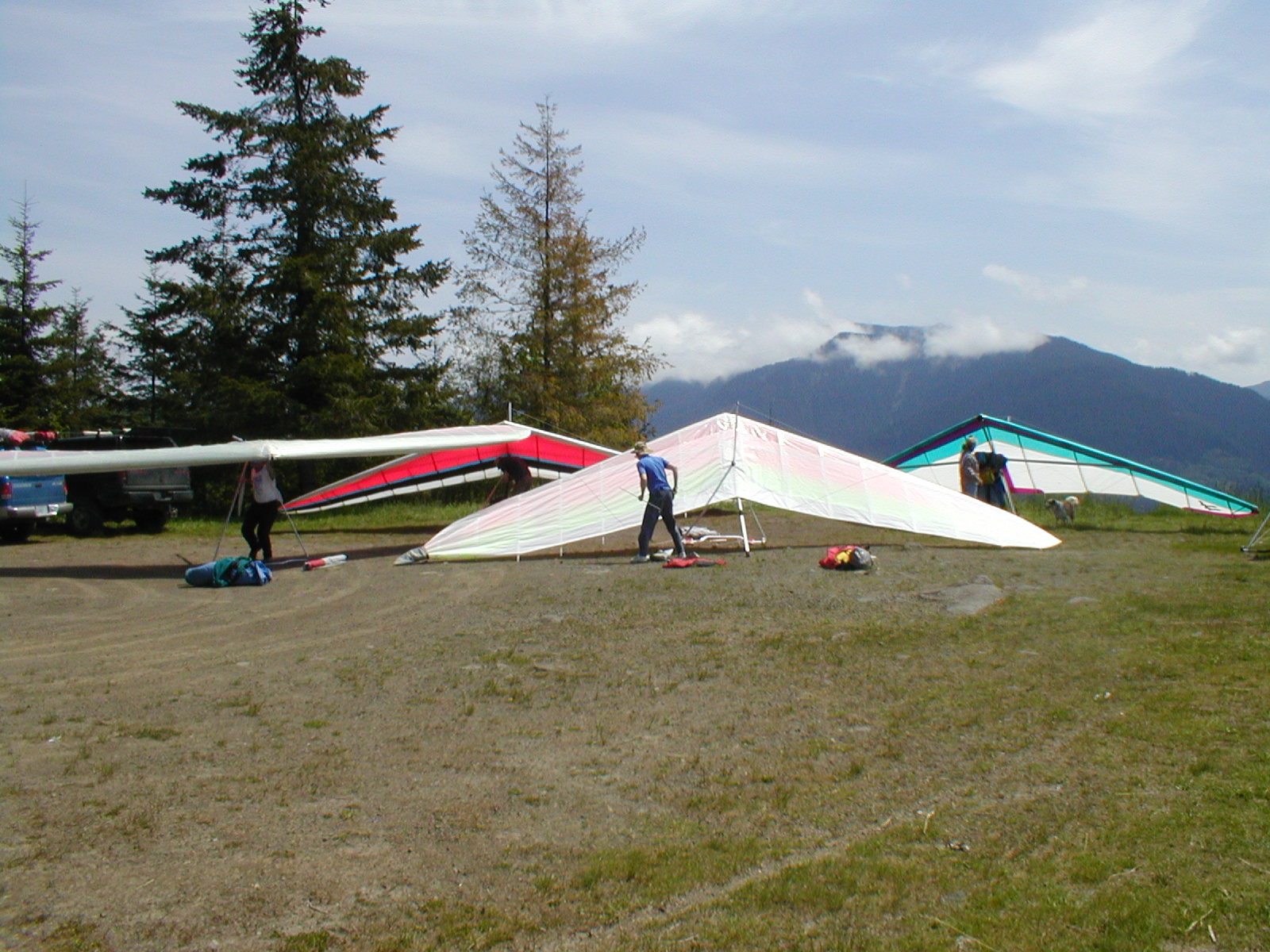